Being a single mum is hard; being a working, single mum is harder but having a chronic illness and being a single, working mum is crippling. This was me in 2010 and although my son, Teddy was the light of my life, there was also a dark side of my existence. Existing was all I was doing. In 2009, I had been diagnosed with Crohn’s/Colitis and my life had consisted of immense pain, countless and embarrassing toilet trips (some that ended up with me not actually making it to the loo!) and the big one – the chronic fatigue. I am not talking just about feeling shattered after a good day’s graft, or feeling heavy after a good night out; I am talking about not being able to talk properly because opening your mouth is just way too much effort. For those that know me, they will understand that me not wanting to talk must mean something is wrong!

I am a teacher and 100% of my energy is needed. You cannot just leave the classroom to pop to the toilet. You cannot cry out in pain and admit that you cannot cope – but that’s how my life was. I lived solely for my little boy and tried to see light at the end of the tunnel…If only I knew how long that tunnel was going to be…

When I first became ill, I had several tests including nasty cameras up parts of my body that do not exist anymore (a small blessing!) and having medication that did all sorts of vile things to me such as make my face swollen and puffy – so-called ‘moon-face’, a typical symptom from taking a steroid treatment called prednisolone. It also made my chest hurt and it was difficult to breathe. This was my path: ticking off the different medications that I could try and keep hoping that one would work. 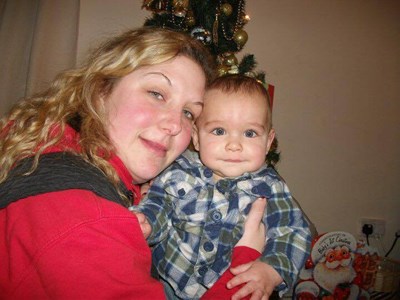 I was incredibly ill when I was pregnant. The pregnancy was not planned and I was left a single mum trying to make her way in the world but with several thousand toilet trips along the way. I was mortified and fed up. The next treatments included azathioprine, mercaptopurine, Humira®, infliximab and methotrexate. Strange, I can list them off just like that but this lasted over a 5 year period and not all of the above were just tablets. Some were injections in my tummy, infusions and the last one was a type of chemotherapy – scary huh? 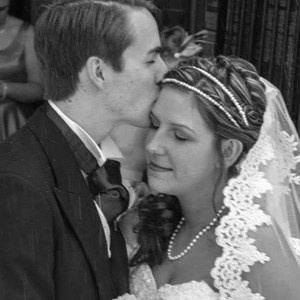 It was during this time that I decided that I needed to leave work as a teacher because not only was I unable to do my job properly as I was so fatigued but I was also having accidents at work. It was awful and the most soul-destroying experience of my life. I quit my job and booked a holiday…how very reckless! I needed some time out with my boy. We got on the plane for our budget-Benidorm break and Teddy was screaming. I was desperately trying to persuade him to calm down but to no avail. I was bright red, desperate for a poo and my hair was sticking out all over the place. Suddenly, Teddy giggled. I turned slowly to look to the person who had made him laugh and there behind me was a rather handsome man – my future husband. We continued to chat as we ended up at the same hotel. We became inseparable.

I told Kieran about my illness after about 3 weeks when I almost had an accident in his car; it was an old Rover but still! You cannot poop in a boy’s car and expect them to take you on another date after that! Kieran was great and truly understood. I explained that I was due to have ostomy surgery and he didn’t care – my future stoma was not going to define how much he loved me. He loved me for me.

I had my stoma surgery in 2012 and my son got his mummy back and my husband got someone who didn’t walk around like a zombie 24/7. Shame; I am sure he possibly misses the quieter me now! I am so grateful to my stoma but also want to raise awareness of how evil IBD can be and that it is more than just an illness. It is debilitating and life changing. I am one of the lucky ones but many are still suffering. I hope to help others along my way and one day, maybe just one day, stories like mine will be a thing of the past.