It all started 12 years ago. I was working as cabin crew for a helicopter company, flying several times a day. As part of our training programme we had to complete a three day first aid training course. I remember being rather nervous about this, and now often look back on it wondering if my nerves and stress triggered, for the first time, something that was going to be somewhat life-changing – almost like a switch going off in my body, a switch that had been lying dormant.

Whilst on the course, my stomach started making the loudest growling, gurgling noises. That night and onwards for the next two weeks, I was pretty much laid up in bed with stomach pain, diarrhoea, and just generally feeling awful. My family and I thought it was just a tummy bug that would settle - but it never did. I then noticed blood in my stools and instantly panicked. My mum marched me to the doctors and before I knew it I was having an examination to check for abscesses and haemorrhoids, the lot! I was still only young and found this very distressing as I was simply not prepared for it. 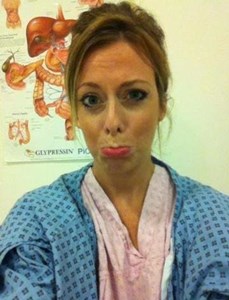 The doctor couldn’t find a lot and so sent me off for a colonoscopy - something again that I wasn’t really prepared for. Being just 21 this was all a horrible experience, which even now I hate to look back on. My family were amazing and supportive, although we still had no idea what was going on with my body. The results of the colonoscopy showed probable ulcerative colitis (UC). The consultant prescribed me some steroids and painted a positive future, with proper care and attention. I left feeling elated that it was nothing serious. Looking back I was so naïve, and sadly little did I know that by the time I was 30 I would be an expert on the subject. 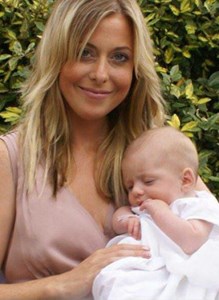 The next two years went reasonably ok, I was on and off the steroids, and by watching my diet, things kept fairly stable. I became pregnant and during pregnancy things flared up again. I was on quite a high dose of steroids causing me to worry for my unborn baby, but I was assured by the doctors that all would be ok. When my daughter was born slightly early (I hear that can be common with UC) my body really started to kick off in a bad way. I quickly lost a lot of weight due to being so poorly.

Everyone thought it was amazing how I was back in a size 8 less than six weeks after giving birth, but for me deep down I was worried. Lots of toilet trips a day, continuous stomach cramps, and bleeding from the back passage. When Lauren, my daughter, was six months old I was in a bad state and was admitted to hospital. I hated leaving her - it broke my heart, but I knew I was in the best place and too weak to do anything else. Lots of steroids and rest managed to clear the flare up to a degree. But it was always there in the background, waiting to rear its ugly head.

In hindsight I wish I had tackled my diet more rigorously, and tried to figure out exactly what was triggering my condition, but mostly I think it was being run down as a new Mum, and being stressed. I believe if you sleep well, are happy and stress free, that really helps! Also diet is probably a major factor. I don’t think I took enough care of myself, or took it all seriously enough – I suppose we live and learn. 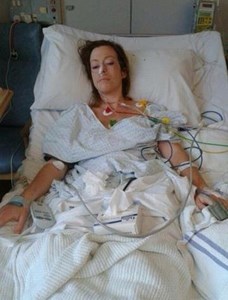 By the time Lauren was a year old I wasn’t getting any better - the steroids were losing their effectiveness, and I was thoroughly fed up of being so ill. The option of the ileostomy was offered so I just jumped at it. Anything to get me better - to get control of my life, and back to my lovely daughter. I hated not being there for her, but I felt very lucky that my family were so amazing. My ileostomy has given me my life back. It certainly hasn’t been plain sailing but I don’t miss those numerous toilet trips, and the pain. I was unable to leave the toilet for long, due to the pain, the blood and weight loss. 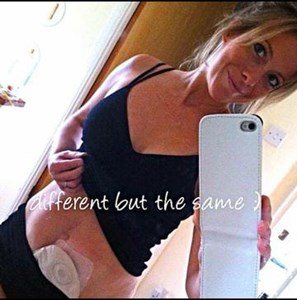 My advice would be to find what works for you and try anything within reason! I firmly believe that stress, worry, and anxiety may bring it on. So if you can be happy, relaxed, stress free, and eat well and sleep well, you will be really helping yourself fight this debilitating disease. Hopefully future science breakthroughs might soon provide answers, and support those struggling with IBD. My thoughts are with you...keep fighting and don’t be beaten. X